Like everything else to do with writing, how and when you decided to conduct your research is a matter of style. In all honesty, you need to know yourself as a writer, because research can quickly become procrastination in a fancy suit.

I chose to write my “first draft” (I’m not even sure what this means anymore) of Every Time He Dies before I started researching. The purpose of this exploratory draft was to get to know my characters better, to figure out the beats of the story, what the story was actually about and whose story it was.

It was only later, during the revision process, that I fired up Google and went to town.

Every Time He Dies is a mystery novel that centres around one major crime. As a result, I was Googling some pretty crazy things, such as:

Don’t worry, I always made sure that I Googled “How to write a crime novel” before and after every research session. I also Googled “Puppy Images” as a palette cleanser.

Google is a great place to get some basic background information, but it can’t replace one-on-one interviews with industry professionals/experts.

There are some details and nitty-gritty facts that you just can’t find online.

Two of the central characters in ETHD have unusual jobs, Daff is an embalmer and Jon Lawrence is a Detective. Had I relied on Google to supply all my information, there would have been some seriously big errors in my manuscript.

The thing is, Australia is pretty small. There was a ton of information on police departments and funeral homes in the US and the UK, but I struggled to find detail information on how these services operated in Australia.

Fortunately, I have a background in Journalism, so … I have no problems “cold calling” businesses and departments, introducing myself and seeing where my (well rehearsed) speel gets me.

Cold calls can be effective, but of course, a far better option is to tap into your existing network. Trust me, someone will know exact person you need to speak to — you just have to ask!

For example, a couple of years ago, I enrolled in a masters course. On the first day, I met another student who was also writing a crime novel. Now, here’s the cool part, Greg was a former detective. Hallelujah!

Greg decided that the masters course wasn’t for him, but I was smart enough to get his email address and to shout him a coffee in exchange for information. After that, I felt totally comfortable to send Greg an email whenever I needed a bit more detail about police procedure, lingo or his thoughts on certain “what would happen if?” scenarios.

I should also add that Greg is now a published author, his debut novel, Bordertown, came out earlier this year — so go buy it!

Later that same year, I was volunteering at a children’s writing festival, while waiting in the green room I started chatting with a lady who was on the cusp of having her debut novel, Becoming Aura, published (it wasn’t until four hours later that I found out she’d won the Queensland Literary Prize that year, the sneak). Anyway, we had a great time and I was desperate to make some new writing friends, so we exchanged phone numbers and organised a coffee date.

We talked about the writing life and our current projects while sipping away at our cappacinos. When Liz found out that I was writing a crime novel, she immediately put me in contact with a friend of hers who was also a crime writer and an active police officer. Yet again, I sent an email off to a total stranger, offered to buy her coffee and then picked her brain.

When it comes to research, you’re never going to find facts or stories online that are as good as the ones shared by people who have lived that experience.

This might sound all very easy, and look, finding cop contacts actually was pretty easy — I once exchanged email address with a cop [also a writer] after he’d given me a fine! Miss no opportunity, people! — but it took me two years to make contact with an embalmer.

At the time, I was studying away from home and was renting a spare room with a family. I had been cold calling and going into small funeral homes in the hopes that someone would be willing to talk to me. They weren’t.

Exasperated, I was sharing this experience with my live-in family one night — thinking that at least I’d get a laugh out of this scenario — when someone said, “Why didn’t you say you wanted to talk to someone? I went to school with a fella whose family owns the biggest funeral parlour business on the coast.” She open her phone, found said person on Facebook and sent them a PM. Fast forward a week and I spent three hours interviewing one of the top embalmers in Australia.

The crazy thing is, I had told everyone in that family what my book was about, but it wasn’t until I said that I wanted to interview someone from that industry that this connection finally happened.

Here are some of the things I found out through my in-person emails that I couldn’t find out online:

It was these details that added credibility, authenticity and intrigue to the book. Several of my beta-readers said that the embalming scenes in ETHD were among their favourite because they “were so different.”

I also interviewed psychics, mechanics, nurses and pharmacists, but that’s a whole other blog.

Finding the right professionals to interview can take a lot of time or no time at all, but it’s always worth the effort.

The two biggest boons to one-on-one interviewing are:

1. Access to fascinating and unique stories, details, information and insight into a particular workplace’s culture
2. Talking to an actual person is (often) far more interesting and quicker than trying to find information online.

This second point is particularly important. Once you’ve conducted your initial interview with a professional, you have now created an invaluable resource. Over time, you will create your own customised Google: a network of contacts who will provide you with the exact information that you are looking for.

The internet is a great source of information, but nothing beats direct contact with an industry professional.

Every Time He Dies

‘Can someone please make this into a TV series? This is a fabulous read and I want to see Liam and Daff on the small screen.’ – Carol Seeley 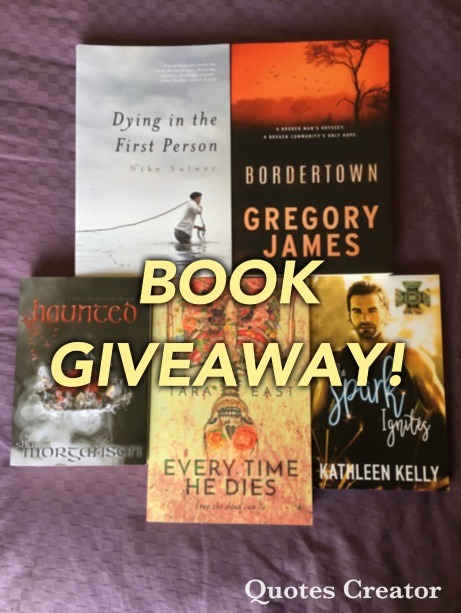 One thought on “Research: taking your book to the next level”